A Summary of the AHS Company History. 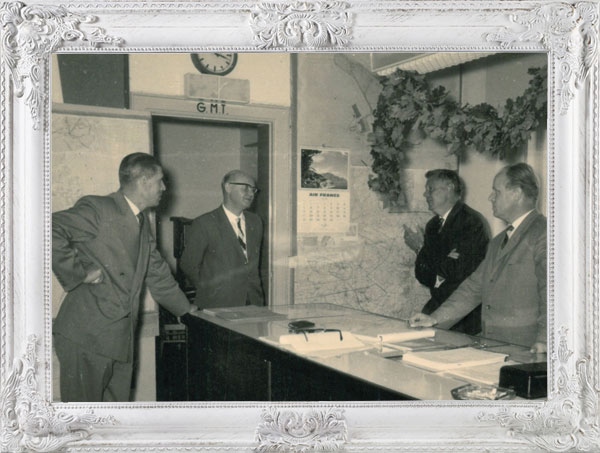 A Flight into our History

Braathens SAFE was founded in 1946 by Norwegian ship owner Ludvig G. Braathen with the intention of supplying ships to other parts of the world. It began by operating charter flights in port cities in the Far East, the US and South America, including stopovers in cities such as Hamburg. Braathens SAFE was one of only two European carriers offering flights to the Far East at this time. Starting in the mid-50s, Braathens SAFE focused primarily on domestic routes in Norway and charter flights to Southern Europe.

In addition to handling Braathens SAFE ground operations at Hamburg Airport, the "Braathens SAFE Agency" took over additional tasks, such as freight orders, ground handling and representation of other airlines, including the Icelandic Loftleidir, and duty free sales.

Shortly after its founding, the company responded to customers’ requests and expanded into northern Germany through the establishment of additional operation centers at the Bremen and Hanover Airports.

In 1975, Helmut Ness opened an operations center in Cologne by taking over a vacant concession. In 1978, the company also established itself in Dusseldorf.

In 1990, the company continued to expand with its service in Berlin. At Schonefeld, Bundeswehr (German military) flights were cleared between Cologne and Berlin after the fall of the Berlin Wall. Subsequent operation centers followed at Berlin’s Tegel and Tempelhof Airports.

That same year, 1990, the company was renamed AHS Aviation Handling Services Ltd. Helmut Ness, Hapag-Lloyd Flug and Lufthansa Airport and Ground Services (LAGS) each took a third of the shares in the company. Wolfhard Graef became the company’s Managing Director. In 1995, Helmut Ness sold his shares of the AHS to the airline Germania. The AHS Management Board was placed in the hands of Erich Schultz that same year.

In 1997, LAGS sold its AHS shares to LTU in the course of developing its business model; in 1998,LAGS was renamed Globeground Deutschland Ltd. By taking over operations for the airline Eurowings at the Munich and Leipzig Airports, AHS was able to open two additional operation centers in 1998. A new and separate company was created to handle operations in Munich.

A year later, in 1999, AHS took over a third of the shares of the ground handling company FMO Passenger Services Ltd. at the Munster/Osnabruck Airport. A separate company was established for the handling of KLM Airlines operations in Dusseldorf. 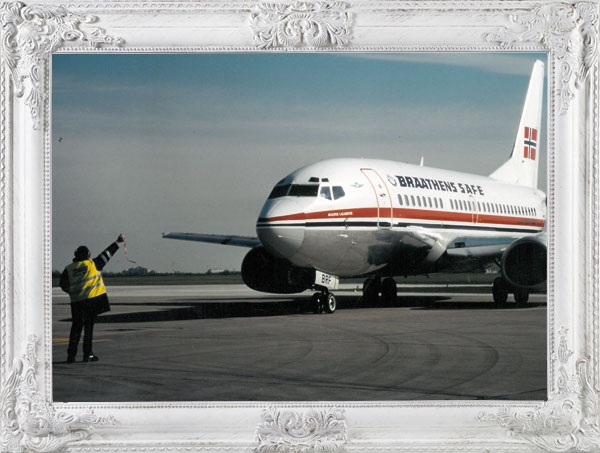 At the beginning of 2000, the airlines Hapag-Lloyd, LTU and Germania, sold their shares in the AHS to the airport companies in Hamburg, Hanover and Bremen. Hamburg and Hanover Airports each received 40% of the shares and Bremen Airport took the remaining 20%. The operating centers in Hamburg, Hanover and Bremen were transferred to separate local companies with the participating airports.

The AHS Management Board under Erich Schultz was strengthened in 2002 with the addition of Reinhardt Erdmann-Leutner. By the end of 2003, the airport corporations of Munster/Osnabruck and Nuremberg joined in as company shareholders through their mutual daughter company AirPart Ltd.

40% of the company’s shares then went to Hanover, 35% to Hamburg, 14% to Bremen, 10% to Munster/Osnabruck and 1% to AirPart. In the same year, AHS also opened an operation center in Germany's largest airport in Frankfurt.

In 2005, AHS acquired 49% of the stake in S. Stuttgart Ground Services Ltd at Stuttgart Airport from Swissport Germany Ltd. At the same time, the airport company in Stuttgart became another of AHS’ shareholders. The company's shares are now distributed between Hanover (34.75%), Hamburg (32.25%), Bremen (12%), Stuttgart (10%), Munster/Osnabruck (10%) and AirPart (1%).

At the end of 2005, AHS took over LTU’s ground operations at Dusseldorf Airport and established a new company, the AHS EuroGround Ltd., specifically for this purpose. Michael Latta was appointed Managing Director. AHS opened another operation center at the Dresden Airport in 2005.

At the beginning of 2009, AHS EuroGround and AHS DUSSELDORF as well as the AHS operating center in Frankfurt were combined under the umbrella of the AHS Administration and Holdings Ltd. and reformed into limited partnerships. Reinhardt Erdmann-Leutner and Michael Latta became Managing Directors.

In mid-2009, AHS took over the operation centers of the subsidiaries of Swissport Germany Ltd. at the Berlin airports Tegel and Schonefeld as well as Dusseldorf, Frankfurt, Hamburg, Hanover, Cologne and Munich. The new business unit operated under the name AHS German Ground Ltd. Amélie Charisius and Stefan Ahsbahs were the Managing Directors.

Dr. Martin Roll joined the AHS Management Board in mid-2010. He succeeded Reinhardt Erdmann-Leutner as Chairman of the Board and steers the company with Amélie Charisius.

At the beginning of 2011, the activities of the AHS GermanGround Ltd. in Berlin, Frankfurt, Hamburg, Hanover, Cologne and Munich were taken over by the local affiliates of the AHS group following the establishment of successive joint ventures that began in mid-2009.

In September 2019 Stephanie Rohde joined AHS as Managing Director and succeded Dr. Martin Roll who left the company at the end of the same month. Amélie Charisius took over the role as Chairwoman of the Board.

Today, the AHS group is the market leader in Germany among independent providers of airline passenger handling and operations. AHS operates at 14 German airports with either their own operation centers or through affiliates to serve more than 130 airlines. The AHS group has nearly 2,000 employees in Germany.